Menu integrates all orders into one data hub. This hub connects to payment processors, POS systems, and analytics tools. This simplification reduces operational complexity while improving data gathering and analysis.

What we did:
Timeframe:
5 mins
View work

The client wanted to empower their marketing department to quickly and easily create SEO-optimizable landing pages capable of handling millions of visitors.

Menu approached Develocraft to help develop a custom static site generator. For scalability and flexibility, the solution had to be headless, horizontally scalable, and able to support millions of unique sessions. 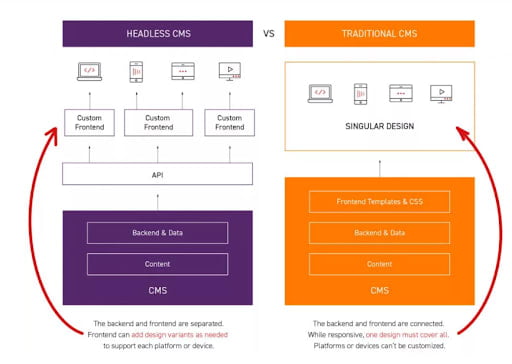 The time constraints meant we needed to leverage existing code to build a platform.

The main challenge was to find an available CMS solution to form the core of the system that would meet requirements.

To test the potential solutions it was decided that we first needed to research possible solutions and build a proof-of-concept (PoC).

Project requirements led us to use Jamstack architecture with a Static Site Generated (SSG) frontend.

Our system has three elements:

With this approach, we do not have to worry about load balancers for the API, scalability, or expensive machines. It’s also easy to find developers to work on each element (e.g. CMS developer, Builder App developer, Next.js developer).

To mitigate the need to build and deploy for every content update, we introduced incremental builds.

Our first choice was to test Strapi as a possible solution. Being a certified partner – one reason Menu Technologies approached us – and big fans of Strapi’s CMS we were eager to see whether we could use it.

The table below describes each CMS we considered.

Most CMSs lacked at least one crucial feature. However, Headless Wordpress proved workable with easy support for multitenancy and internationalisation.

In Jamstack WordPress is merely a CMS.

Here are the considerations that ultimately led us to propose Wordpress:

In our setup, Wordpress would only be used to create content and deliver plugins. Once content is created, this starts up a Node.js builder that processes the site. The builder fetches the data that pages will pull in by extracting queries from the code and executing them. The result is static HTML and JS files ready to go. 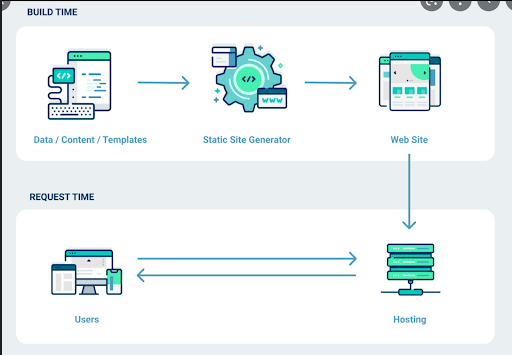 With the architecture decided, the team started work on the MVP. The deadline for the initial MVP was very short with the first version due to be presented to Menu’s client in just 20 days.

Once the MVP was accepted, we started expanding the features and capabilities. This meant creating a rich component library. Additionally, we set to work preparing the back end to handle multitenancy. The business in each country became a separate tenant as with internationalisation supported.

Some technicalities In this chapter we will briefly discuss the technicalities. Rather than being totally unique, these details reflect our adaptation of a standard Jamstack approach as well as of GitFlow.

Our AWS infrastructure requirements were simple. For this project, we used the following services:

During Develocraft’s work, the Menu marketing team was in the process of refreshing their own website. The aims were faster performance and a modern aesthetic. The marketing team also wanted the ability to build their own landing pages from existing components without engaging developers.

These were basically the same requirements that Menu’s client had. The decision was made to use the existing platform internally, too. This had several advantages:

Launching a new website allowed the marketing team to be much more agile in marketing without jeopardising the website speed and performance.

We decided to let the results speak for themselves. 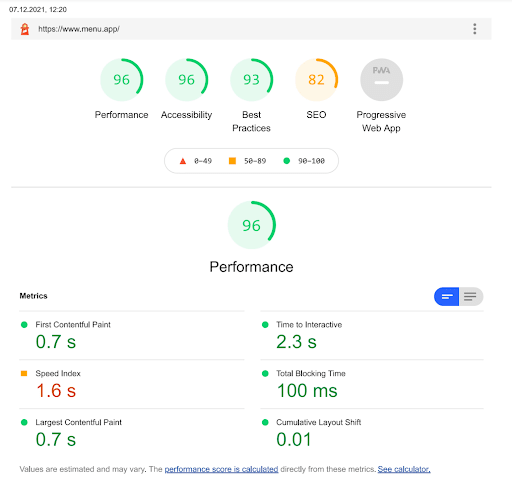 We currently have a roadmap for the year ahead and believe that the sky's the limit. There are many opportunities for this project to expand and we hope to be an active part in it.