It’s widely believed that location doesn’t matter anymore. For decades, remote work has been on the rise and since the COVID crisis began, the smart money is on this trend accelerating. But don’t right off the importance of location just yet. In this timely post valuable to anyone contemplating launching a new startup or even choosing a new base for an existing business, Alex Smithers explains why location still counts, and how to pick the best environment for your success.

There’s only one thing you need to know about the modern world. You can do anything from anywhere. At least, that’s what we’ve been told. But take a look at the extremely well-researched new edition of the Global Startup Ecosystem Report (GSER 2020) and you’ll see how absurd this belief, parroted by hyper-optimistic cable news pundits and usually sceptical C-suite execs alike, really is.

It’s not that they’re totally wrong. Theoretically, anyone with an internet connection can start a business from anywhere. That’s not the issue, although anyone familiar with the concept of the digital divide should be able to tell you that even this first step is too often severely curtailed by the lack of or reduced local availability of sound Internet infrastructure - even in wealthy countries. 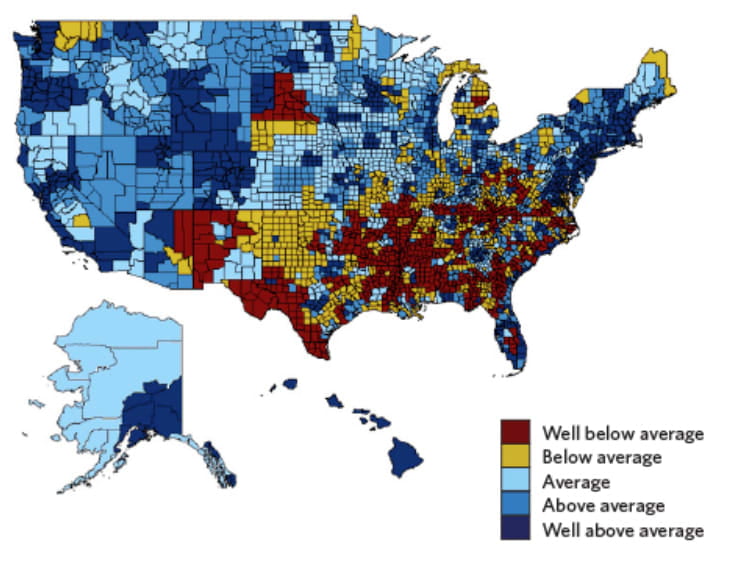 In the United States, the likelihood of a household having access to a home internet connection has a close relationship to location. In turn, regions where it is more common to have home internet are far likelier to constitute hubs of technological innovation. Source: wh.gov/connect-america

The challenge for most is not starting a business. As we’ve explored in previous posts, far more startups are launched that succeed. The difficult part is sustaining the business over time and overcoming each new wave of obstacles presented at every stage of the life cycle. Some succeed and some fail. But for an elite few, unicorn status awaits.

But how does location factor into this? And isn’t a fully remote, global team a silver bullet allowing entrepreneurs to side-step the whole issue of location entirely?

For startups with a home

First, this section applies to companies with physical offices and to those without - a remote team without a headquarters you can walk into may still have a home city, bringing all the advantages and burdens that entails.

Because even remote teams need to consider location. It’s tempting to think otherwise - isn’t the beauty of the remote age our ability to escape the confines of our geographic areas? Not quite. The reality is that technology has allowed us to connect across and between locations rather than ignore them. The smartest use of this technology helps startups and other businesses succeed by making the most of differences between locations. 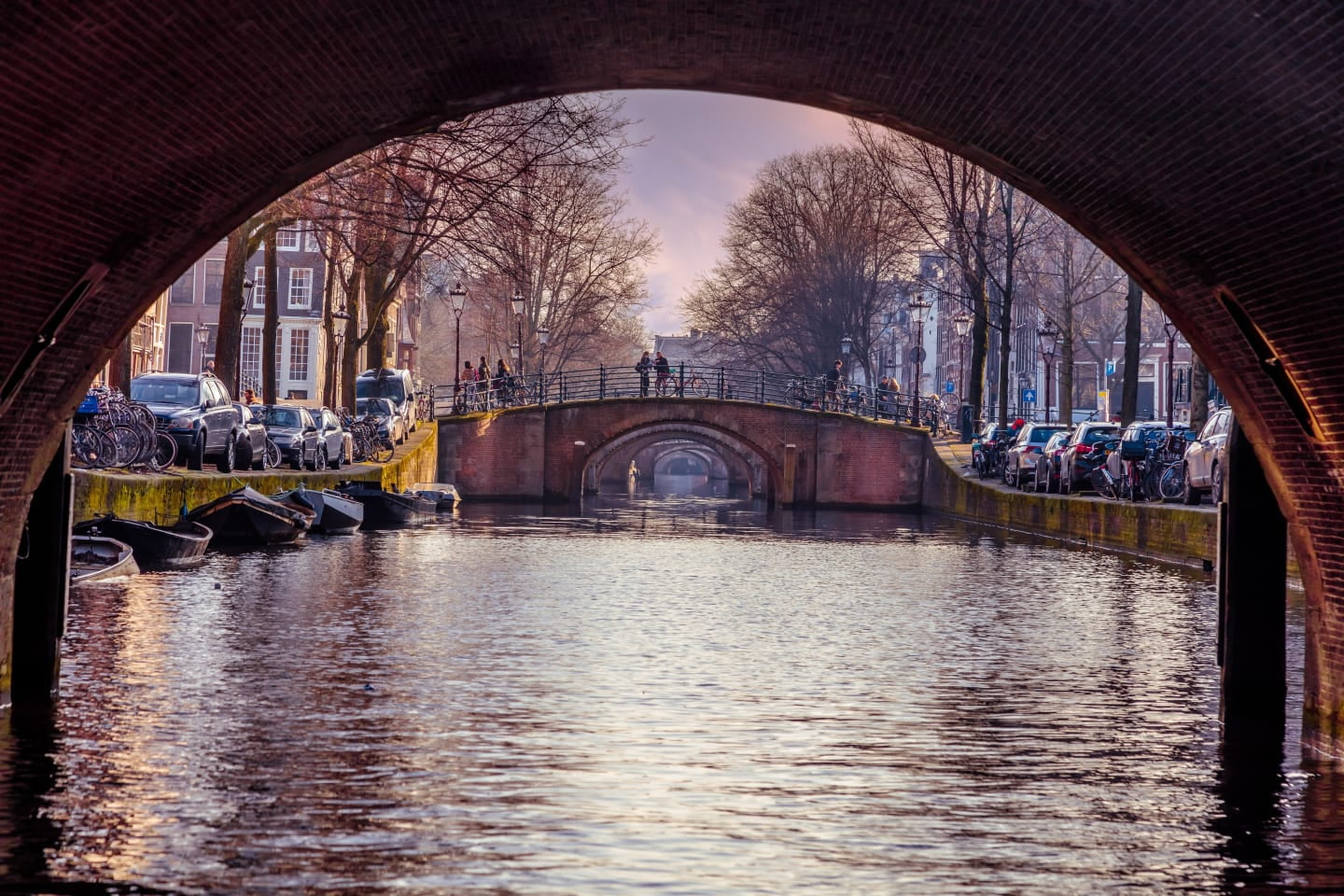 Amsterdam may be ranked twelfth globally among global startup ecosystems in the GSER 2020 report, but it still scores a perfect ten in the connectness category. That, combined with high quality of life and attractive historical areas, may make it an ideal location for some startups.

To illustrate, let’s suppose you’re in the process of establishing a startup and are currently weighing up the options for your global headquarters. You may be tempted by the incredible R&D to be found in Silicon Valley. The 2020 GSER gives this storied location a perfect score of ten in the ‘knowledge’ category, which measures research and development activity (despite many analysts and pundits lining up to argue that the Valley isn’t all that it once was).

Even though Silicon Valley is still top of the overall rankings among the world’s global startup ecosystems, you may want to look elsewhere if your top priority is connectedness - a metric calculated based on the number of tech meetups that take place in a location combined with the depth of infrastructure. Here, Silicon Valley scores an imperfect seven, putting it at a considerable disadvantage compared with rival tech hotspots London and New York, each of which achieved a ten.

If you know your host city is going to be your world, with the heavy majority of your employees, events, resources, and so forth based there, Silicon Valley may still be a smart choice. But if connectivity is your priority and you want to place your business at the heart of a globe-spanning web of connections of all kinds, knowing you have other extremely strong choices that better reflect the needs of your own startup is of considerable strategic value.

It's ironic that one of the most important differentiators any single location can possess is the capacity it offers to reach beyond its own limits and connect with rival hubs. But it makes sense one one considers that startup survival is greatly enhanced by flexibility - including the Akaedo-like responsiveness to emergent challenges that comes with the ability to quickly draw upon resources one never expected to need.

But it’s not just startups with a clearly defined physical home - such as Gdańsk, Shanghai, or even just ‘Europe’ - that need to carefully consider the importance of location. Being truly global is no longer a description true of massive global enterprises alone. There are now plenty of relatively small startups - often with fewer than fifty active employees - whose operations are truly (and roughly evenly) globally distributed. Let’s turn to the value of location-awareness for such teams.

I may not be the first to point this out, but the world is an unequal place. You might have observed this yourself. In certain ways, the manifestations of this inequality can seem obvious; health, global influence, and of course, wealth.

Each of these may play an important role and be reflected in your own startup. It’s not uncommon for leadership to be located in North America or Europe, while many support functions are located in poorer regions, particularly in developing countries such as the Philippines or India. This is as true of tech startups as it is of corporations. The simple arbitrage involved in ‘outsourcing’ (a term often used even when overseas workers are directly employed by the company or some local subsidiary) has made this pattern not only familiar, but a defining quality of the current global economy.

As a result, you might argue that many startups are already giving due consideration to location while planning their operations. But I take the opposite position.

At a superficial level, the statistics imply that by centering your operations within certain geographical locations you can dramatically boost your startups’ chances of achieving not only success, but the coveted status of unicorn.

This is because a quick glance at the 2020 GSER will reveal that of the top 30 startup ecosystems: 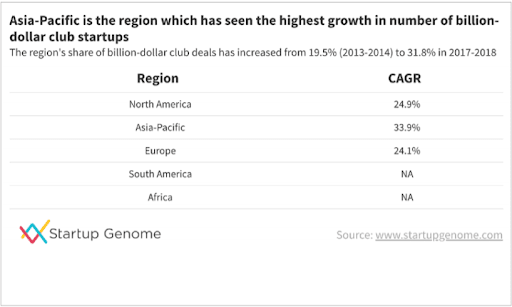 In the last half of the decade, the Asia-Pacific emerged as one of tech's major success strories

Why might this matter? First, these rankings are not arbitrary. The GSER rankings are built on criteria that are standardized across all ecosystems. Consequently, a top ranking ecosystem is marked by definable attributes such as performance, funding, connectedness, market reach, knowledge, and talent of which startups can take advantage.

However, I’d argue that entrepreneurs can do far better than simply finding a pre-existing top-rated startup ecosystem located in an already highly successful region to host their efforts.

Why? A combination of experience and data. We’ll turn to our own experience in the next section, but let’s first consider a statistic that we consider something of a bellwether when it comes to the shape of the global tech industry.

In 2013, four startup ecosystems gave rise to billion-dollar exits or unicorns. By 2020, that figure had exceeded eighty. That’s an incredible turnaround, and it speaks to what Startup Genome calls the ‘democratization of the tech economy.’ The lesson here is that you know longer need to be located in one of the very few longstanding tech megahubs to enjoy phenomenal success.

At Develocraft, we recommend getting ahead of the curve. Earlier in the article, we looked at the Asia-Pacific and saw tremendous growth in both the number of unicorn startups and the success of the ecosystems of that region. In 2013, before the explosion of growth took place, it’s likely that many startups wrote the region off prima facie and headed to more established hubs of digital enterprise, like Silicon Valley.

And maybe for those businesses, the places they ended up were right for them. But when we follow the crowd and make major business decisions simply because ‘that’s what you do’, we risk missing out on exciting opportunities.

The advantages of being a location maverick

Instead of following everyone else to the established tech capitals of the world, you can build the foundations of your success by being one of the leading companies at the forefront of a newly fertile ecosystem - as we’ve done in Gdańsk. You can put yourself at the center of that ecosystem - here the ecological metaphor is particularly apt.

At Develocraft, we could have chosen to establish our main presence in one of the more established startup ecosystems in Europe. But there’s a big difference between chasing success and driving success. By helping to build a healthy environment for tech right here in Gdańsk, we were able to make ourselves integral to the vibrant network of developers, events, conferences, entrepreneurs, and initiatives that has already grown so much.

That’s the advantage that comes from being a business focussed on creating value rather than simply extracting value. It’s similar to content marketing. Sure, others will benefit from your hard work, too. That’s not a bad thing. You’ll come to be seen as innovative, as a pillar of the community, and ultimately as indispensable.

Some fear the extra work. But in reality, contributing to the development of a startup ecosystem still in its early stages can save you work down the line. For example, at Develocraft our founder Marcin Pokojski was integral to the establishment of both infoshare - a major annual tech conference here in Gdańsk - and the InfoShare Academy, a closely related bootcamp for software developers. 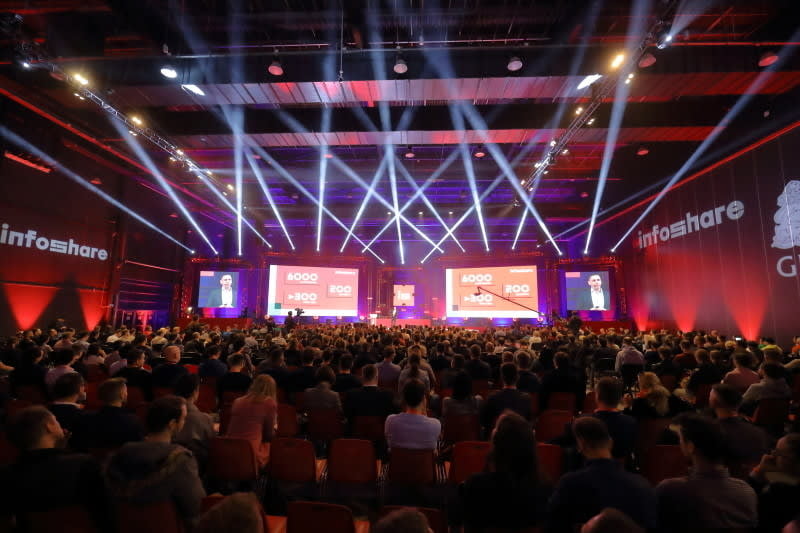 Infoshare, hosted annually in Gdańsk, is the largest tech envent in central and eastern Europe.

By contributing to or even founding major local tech institutions like these, you can attract valuable contacts into your network, cultivate talent in your backyard, get onto the media radar, and build the profile of your startup. All of these achievements will make your life as a founder much easier further down the road, whether we’re talking about attracting investment, securing new clients, or bringing talented professionals into your business.

We’re not saying that to stand out you need to be a big fish in a little pond. Instead, we’re suggesting you build a pond. You’ll be the fish all the others wish they were.

Don’t worry. We’ve not gone mad. We’re describing an idealized situation here. There are still many factors that contribute to the success of a startup and even if you take the approach we just described, there are no guarantees of success.

You may be pouring all of your time into your startup anyway, and have no room in your calendar for the extra legwork. That’s okay.

There are also major limitations on certain locations. You can pour your heart and soul into some potential ecosystems, but certain factors may ultimately limit their potential. For example, cities with great transport links - particularly international airports - have a colossal advantage over those that don’t.

We encourage you to dream. But you give your dreams the best chance of success when you ground them in reality.